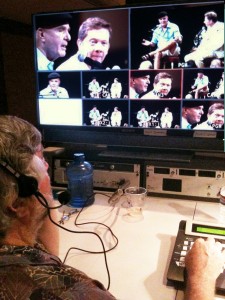 Participants traveled from all over the world to fill the Grand Ballroom of the Hyatt Regency in Kaanapali which was the origination point for the four‐camera live video feed that streamed into 130 countries via the EckhartTolleTV.com subscription based website. The talks were moderated by Tami Simon who runs Sounds True Recordings, which along with Hay House Publishing, were the marketing partners for the events.

“Maui has a growing identity as a global center for holistic healing and spiritual lifestyle and was a natural choice for this kind of event” says Zelonka. “Eckhart Tolle TV has as strong in- house production capability and what we found in Hawaii was the perfect compliment to what we do.”